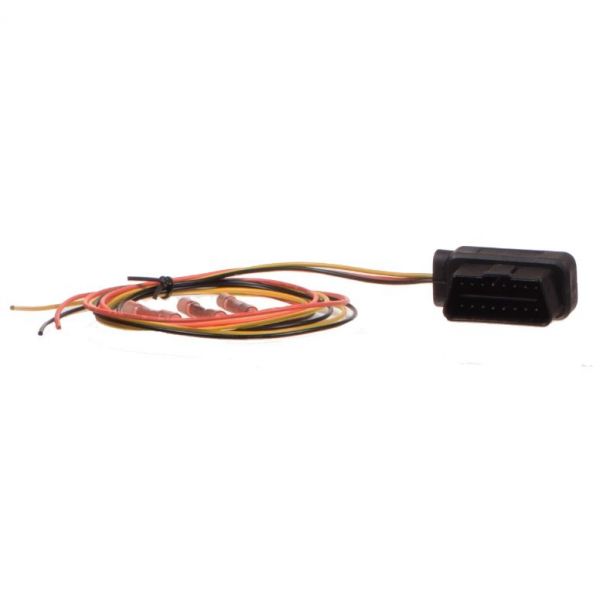 CM5-LT is one of the most popular Water Methanol Injection (WMI) controllers for gasoline and diesel powered BMW vehicles.

Its powerful engine load approximation algorithm makes it the controller of choice for savvy BMW tuners tired of primitive "progressssive" controllers or other inferior solutions that add WMI control functionality as just a value-added afterthought.

CM5-LT integration in BMW vehicles is extremely easy because BMW brings out a clean square RPM signal to the vehicle's OBD-II port.

All that is needed in any MY2000 or newer BMW chassis is to access the following connections:

PLEASE NOTE: The Orange Wire at location 1 provides a switched IGN source in only a handful of models. Majority of users will need to source a switched IGN signal from somewhere else in the vehicle.

Obviously it's undesirable to modify the vehicle's OBD-II connector or insert pins into the connector that can render it unusable for other port tools or cables.

This Torqbyte OBD-II breakout adapter makes CM5-LT installation in BMW cars quick and easy. The wires are color-coded to the CM5-LT Input/Output harness and the supplied sealed splices ensure a secure and durable connection.

The adapter is designed as a male-female passthrough. With is male end plugged into the vehicle's OBD-II port its female end can accept usual OBD-II port hardware.